It’s hard to believe another year is coming to a close, but looking back on 2019 I’m filled with gratitude and amazement for the visual opportunities that I’ve been fortunate to witness.

Over a decade ago Jim Goldstein began this popular project, which has evolved over the years to include numerous friends and colleagues whose work continues to be a source of inspiration.

Here I’ve selected a few of my favorite images released in the past year. These are not necessarily my best or most popular, but each represents a special moment in time in which the beauty of this amazing world (both natural and man-made) passed before my lens.

Please share and enjoy! And feel free to let me know your thoughts. You can click on any image for a large high quality view, to learn more about it or share individually. I look forward to your selects in the weeks ahead, and wish everyone a wonderful holiday and Happy New Year! 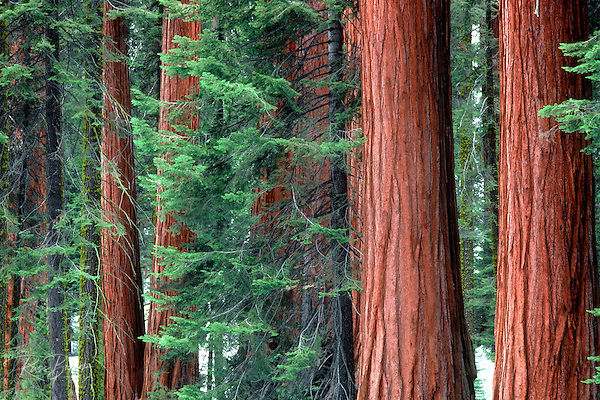 Today’s entry is a guest post by James Sermons with the National Park Foundation. As the official charity for America’s National Parks they play an integral part in preserving our incredible national heritage,  and I encourage you join me in supporting their efforts. Take it away James.

The National Park System was founded in 1916 and has served as an opportunity for every American to access hundreds of the most treasured places in the United States. While many national parks and their campgrounds—Yellowstone, Yosemite, and the Grand Canyon—are household names, there are hundreds more underrated national parks that also offer life changing experiences.

Individuals who enjoy Yosemite National Park will be thrilled to visit Kings Canyon National Park in California. The canyons bear similarities to those in Yosemite and offer breathtaking scenery. Kings Canyon offers groves of sequoia trees, including its most famous resident, General Grant, the third largest tree in the world. California is also home to other underappreciated national parks including Channel Islands National Park and Lassen Volcanic National Park. Channel Islands National Park includes five of the Channel Islands and offers several stunning examples of independent island evolution, as 145 species on the islands cannot be found elsewhere. Also a favorite for whale-watchers, blue whales visit the islands occasionally and can be sighted from aboard a boat. Lassen Volcanic National Park boasts the most southern of the volcanoes in the Cascades range and showcases evidence of the volatile activity below the surface in numerous gas vents and boiling pools.

Further south, Saguaro National Park is a survivalist’s dream with the rugged and desolate landscape of the Sonoran Desert. This park cannot be reached by public transportation, but is easily driveable from Tucson. Traveling north, one cannot help but be drawn to the colorful red landscape of Utah. Visually stunning, and an undiscovered treat for photographers, Capitol Reef National Park contains a 100-mile long wrinkle in the landscape known as a geologic monocline. Some of the tallest sand dunes in the nation are located not far from here in awe-inspiring Great Sand Dunes National Park. Sandboarding and sand sledding offer a once-in-a-lifetime adventure for young children and those young at heart.

For photographers, artists, or those seeking something more scenic and relaxed, Big Bend National Park and Theodore Roosevelt National Park are good destinations as they both offer great opportunities to view wildlife and enjoy backcountry trails. For individuals interested in astronomy or weather phenomena, Great Basin National Park is a must-visit. And finally, while Wrangell-St. Elias National Park in Alaska is unknown by most Americans, this park is larger than many small countries and offers air taxis into the remote areas of the wilderness.

Though relatively unknown, each of these parks showcase stunning visual elements, exciting adventures and incredible travel experiences. For more information on America’s more than 400 national parks, including those which are less-traveled, visit the National Park Foundation and download their free Owner’s Guide to discover all of the hidden gems in the National Park System. 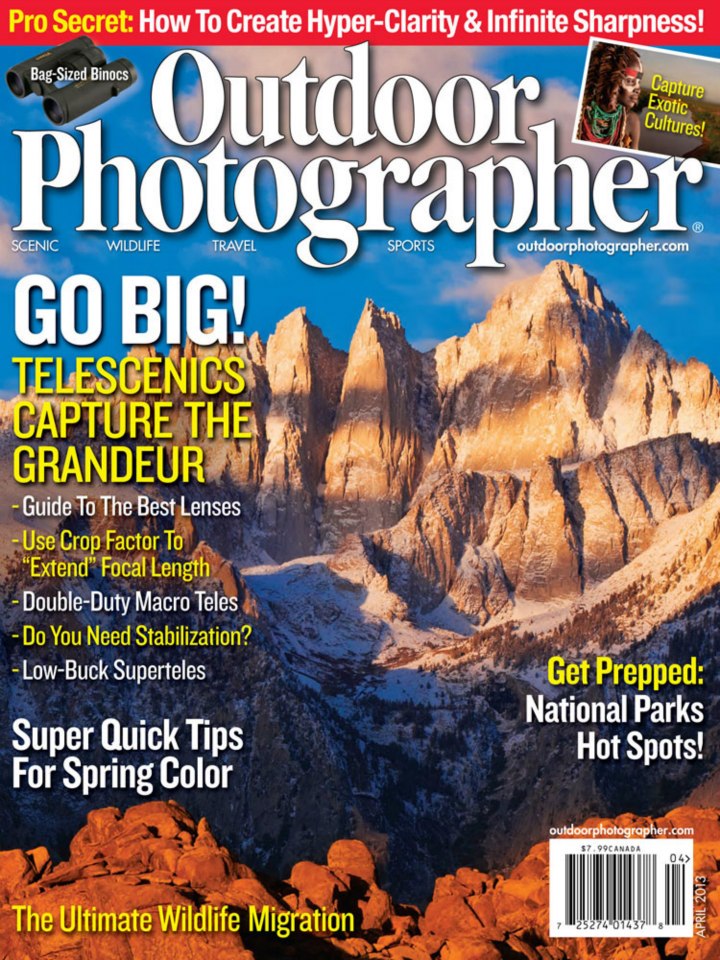 I’m honored to have the April 2013 cover of Outdoor Photographer Magazine!

As many of you know, Mount Whitney in the eastern Sierra Nevada Mountains of California is a favorite location of mine and a fantastic photographic subject. I’ve climbed the peak several times over the years (both the trail and technical routes), and spent countless hours exploring the fascinating Owen’s Valley beneath it. Situated on the Sierra crest in both Sequoia National Park and the John Muir Wilderness to the east,  it’s the highest peak in the United States outside Alaska and the most popular destination in what John Muir called the Range of Light.

On this particular morning all the elements came together. A clearing storm had just left a fresh dusting of snow on the peak, and the dawn light illuminated the warm desert rocks of the Alabama Hills to add a nice framing to this classic alpine scene.

This is the blog of professional outdoor and travel photographer Russ Bishop. It’s the place to view recent releases, tips on photographic technique, and insights from the field. Thanks for stopping by – please enjoy your visit!

If you enjoy what you see here please consider shopping with one of our affiliates. There is no difference in cost, and any purchase directly supports this site. 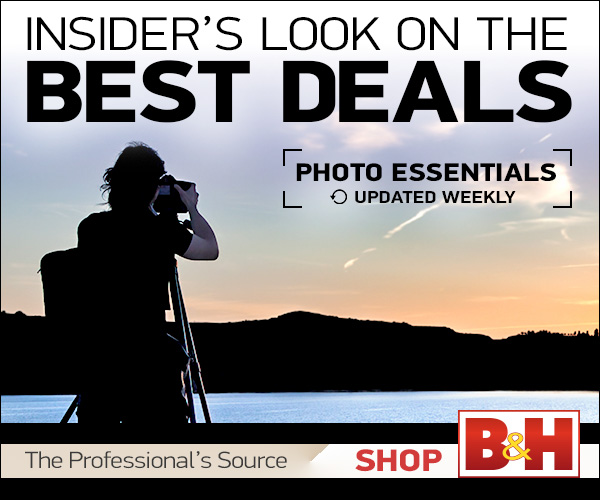 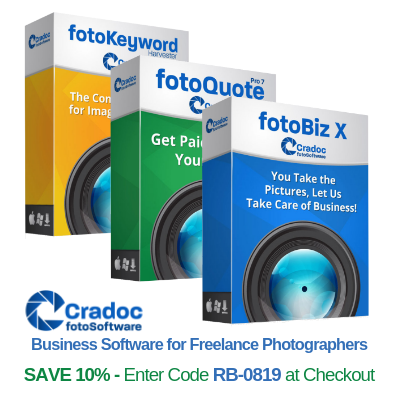 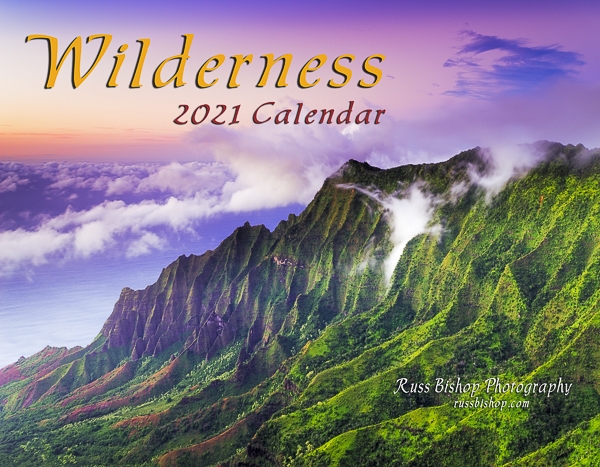 ©2020 Russ Bishop / All Rights Reserved
All photographs and text appearing in the Russ Bishop Photography website and blog are the exclusive intellectual property of Russ Bishop, are registered with the United States Copyright Office, and are protected under United States and international copyright laws.